Understanding our upgrade process will help you keep your servers up-to-date with the level of stability that you need. In cPanel & WHM version 11.40, we have added a few new changes to how upgrades work, to help make the transition between major versions better for everyone.

How do upgrades work?
Before an upgrade takes place, compatibility checks are performed for the target version. If any blockers are found, the upgrade exits and leaves the system at the current version. If no blockers are found, the upgrade takes place. This process of checks followed by an upgrade happens once if you upgrade to the next major version immediately after your current version.

When you upgrade across nonconsecutive major versions, the system must perform compatibility checks for, and upgrade to, each intermediate version. The process repeats until you reach the target version.

What is a blocker?
Before you begin a new installation or upgrade, each release performs version-specific compatibility checks, and there are also standard checks that apply to all versions. These compatibility checks are referred to as “blockers” because, when they identify an incompatibility, the system is “blocked” and cannot continue. Our Upgrade/Downgrade Blockers documentation contains an up-to-date list of each version’s blockers.

How can I upgrade my server?
To perform an upgrade manually, go to the Upgrade to Latest Version interface in WHM.   This will update your system to the latest version on your chosen Release Tier.

To configure automatic upgrades, go to the Update Preferences interface in WHM. You will be prompted to select a Release Tier, which will determine when your server upgrades to new major versions. You can also select Daily, Operating System Package, and SpamAssassin Rules Updates settings, which keep your server up-to-date within your current version of cPanel & WHM.

Always make sure you are ready to upgrade beforehand, since downgrades are not supported in cPanel & WHM versions 11.34 and later.

How soon are automatic upgrades applied?
In cPanel & WHM version 11.38 and earlier, upgrades to the next available major version are applied as soon as they become available in your chosen Release Tier. In version 11.40, automatic upgrades will not always take place immediately. Instead, we will add a zero-to-three business day delay, randomly selected, before your upgrade takes place.

What are Release Tiers?
Release Tiers allow you to select the degree to which you value stability or new, exciting features. Since its creation, cPanel has released publicly in four release tiers:

Some server owners need added stability or need to deploy new installations in a specific version. Previously, many users disabled updates because of these needs. LTS provides a much better option, since it continues to apply necessary updates like security fixes, but prevents a major version change.

What are my options when a new major version of cPanel & WHM is released?
When we release a major version, you may:

Once you’ve configured your servers, all you have to do is sit back and watch for our next update. We hope you’re as excited about our upcoming releases as we are! 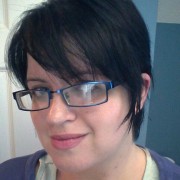 View all posts by Sarah K.

Top 5 Reasons To Choose WordPress® For Your Business

WordPress® Auto-Updates: Should You Use Them?

How To Use A Remote MySQL® Database With cPanel