How Open Source Software is changing the world:

In the past decade, Open Source Software has become a legitimized business model and has taken the world by storm. What started back in the 1980s as a free software initiative has grown into massive volunteer communities and industry-leading software platforms. A recent CB Insights report estimates that the Open Source service industry will reach nearly $33 billion by 2022.

The History of Open Source Software:

Open Source Software has its roots in the ’80s and Richard Stallman’s Free Software Foundation. Fast forward to the ’90s and the birth of the internet. The first use of the term Open Source for software happened at a strategy session of the free-software movement in Palo Alto, California. The Open Source label was born due to a conflicting view of the term “free software” by the business world. In 1998 Netscape announced a source code release for Navigator, and Open Source was born. Later that year, Eric S. Raymond and Bruce Perens started the Open Source Initiative and created the General Public License.

The GNU General Public License (GNU GPL or GPL) is a series of free software licenses that allow users to run, study, share, and modify the software. The key benefits of the GNU License are:

A 2016 report by GitLab found that 98% of developers use Open Source tools in their development process. Open Source Software has been attractive to programmers for its access to the source code, whereas end users gravitate to Open Source for the initial cost. Once they start using the software, both developers and end-users find the community aspect of Open Source a virtual goldmine of resources and knowledge.

The five main reasons to use Open Source Software are as follows:

The key benefits of Copy, Modify, and Redistribute creates what is commonly known in the Open Source Software world as a Fork. Not the kind you eat with, a fork of a project is when you take pre-existing Open Source code and modify it to create a new software project. The forking method has created some of the most popular software projects on the planet.

Software forks have played an enormous role in the web development world with two of the leading Content Management Systems (CMS) starting as forks from other projects.

These two projects alone empower a billion-dollar eco-system of theme and plugin developers and power millions of small businesses and bloggers. They are a true testament to how Open Source Software has changed lives and the world.

From its humble start, Open Source Software is now used by 72% of companies for non-commercial or internal reasons and 55% using open Source for commercial products as reported by New Stack and the Linux Foundation.

Facebook started with Open Source Software as James Pearce, head of Open Source for Facebook, revealed at Facebook’s London headquarters,  “We have an altruistic and ideological obligation to do so [open source its projects] — right from the beginning, Facebook was built on open source, Linux, Apache, MySQL, PHP, and that was what got Facebook off the ground,” he said. “So we’ve always had that moral obligation to give back.”

Hearts and Minds of Open Source:

The WordPress community is an excellent example of an Open Source community. WordPress is a diverse group of people brought together by their mutual love of the software. Since 2006 the WordPress community has produced 990 WordCamps (not-for-profit educational events organized by volunteers) in 73 cities, 65 countries, and six continents.

A 100% volunteer project, the Joomla community has written 550+ thousand lines of code, translated the software into 76 languages, and Joomla currently powers over 3 million websites without one paid employee!

When asked about the Open Source community, Robert Jacobi, the former President of Joomla, said, “Open Source has a unique ability to build communities based on the innate desires of people to create, contribute, and connect. The very nature of Open Source taps into the best qualities of human nature, and while projects grow, get political, and change all the time, people sense that they can make a positive difference.”

A key factor in legitimizing the Open Source business model has been significant acquisitions of Open Source projects over the past decade.

One of Open Source’s biggest years of acquisitions was 2018, with five significant assets equating to over $50 billion.

There is also no shortage of Open Source startups making a name for themselves. Some of the most prominent current Open Source players are Chef, Cloud Bees, Cloudera, Confluent, and Databricks.

The Open Source Revolution is far from over:

As we move into the next decade of Open Source, it’s clear that we are still at the beginning of the revolutionary idea started over 20 years ago, that creating open code benefits everyone, from the company, developer to the end-user. As we enter the next phase of billion-dollar valuation to Open Source projects, we expect to see more companies embrace an Open Source business model. cPanel is committed to supporting Open Source Projects and our Open Source partners.

As always, if you have any feedback or comments, please let us know. We are here to help in the best ways we can. You’ll find us on Discord, the cPanel forums, and Reddit. 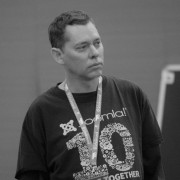 Jason Nickerson has 20 years of experience in the web industry, from e-commerce to web development, to content management and web hosting. An Open Source Evangelist and a past Board Member of Open Source Matters / Joomla, he has shared his love of Open Source worldwide. Jason is currently a member of the cPanel Marketing Team and cPanel's Community Event Planner.

View all posts by Jason Nickerson