UPDATE: Let’s Encrypt has extended the lifetime of ACMEv1 until November 8th, extending the life of the API for 1 week. November 1st is now a production brownout date, so you may be affected by a loss of service on that date. For further information please read the following:

End of life for Let’s Encrypt Legacy, time to update!

What do I need to know?

cPanel chose to defer migrating to the new script as long as possible because it introduces a rate limit that impacts our Let’s Encrypt plugin users. This new rate limit is 300 certificate orders every three hours. That means the time has come to update to the new ACMEv2 Let’s Encrypt API because the legacy API will no longer accept new user registrations after October 31. If you are using cPanel & WHM Version 82 or earlier, and you have the Let’s Encrypt legacy API, you cannot create new registrations. The plugin will not work for users who have not already registered.

Will the plugin be backported?

How does this affect me?

Do you have any further concerns? Are you unsure how this change may impact you? Would you like to discuss your thoughts about this update? If so, please join our official Slack and Discord channels, or join us on our official cPanel subreddit. 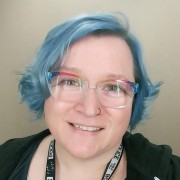 View all posts by Tabby Worthington

Getting Started With The cPanel® API

How to Deploy a WordPress® Staging Site With cPanel

WordPress® Auto-Updates: Should You Use Them?