On Wednesday, November 13th, a contingent of the cPanel team volunteered at the Houston Food Bank. Over the course of three hours, we managed to assemble 4800 boxes of food and prepare 60 pallets for delivery to families in need. These boxes of food will serve families throughout 18 different counties across the greater Houston area.

Volunteers were broken into teams and given specific duties at each station, which formed an assembly line. We were kept motivated by the sounds of DJ Khaled and various other high energy tunes. Our squad got off to a bit of a slow start as we learned the best process for efficiency, but eventually found the groove. Having to work with people we weren’t familiar with was an exciting challenge to work around as we figured out how to come together to achieve our goal. Once hands were shaken, names exchanged, and plans made, we buckled down and got to work.

I, along with a few fellow coworkers of mine, worked the “pallet’ section of the assembly line, where we were responsible for taking the completed packages and loading them onto individual pallets before being wrapped and shipped off across the Houston area. The whole operation worked like a well-oiled machine. Our group, which comprised of 66 cPanel volunteers, worked alongside a few other companies in the Houston area towards a common cause.

In two separate assembly lines, we all worked together to assemble as many pallets as we possibly could. A little friendly competition broke out between the two teams; who could build their pallets faster? Who could be more efficient? At the end of the day, the real goal was to work together and assemble as many boxes as possible for our friends and neighbors in need.

At the end of the day, with our sore hands, feet, and backs, we left the Houston Food Bank with our hearts full. The most important thing we had done that day was giving back a little of our time to help out those in need. Given the time of year as we approach the holiday season, there is nothing more important than remembering those who are less fortunate than ourselves and giving back when and where you can. You’ll find it’s one of the most rewarding acts you can participate in.

Houston Food Bank recently suffered an ammonia leak causing the loss of over 1.8 million pounds of food. There is no better time than now, in the midst of the holiday season, to step up and come to the aid of those in need by donating your time or making a cash contribution. To learn more about how you can give back, visit Houston Food Bank’s website. 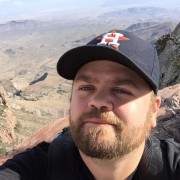 How to Get Started with cPanel on Amazon Lightsail